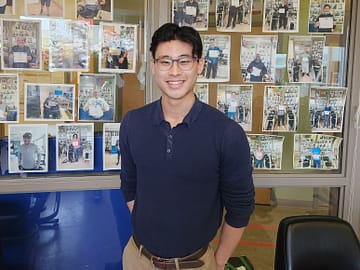 Freddie completed his Bachelor’s in kinesiology at McMaster University, before receiving his Master’s in the same field at McGill. During his master’s, Freddie was supported by a scholarship from the Canadian Institute of Health Research, in which he studied the effects of limb immobilization on the neuromuscular system in young women. When he’s not working, Freddie can often be seen cooking, studying foreign languages, watching ice hockey, or working out at the gym.